A boom in prefabricated and modular building techniques has created opportunities to deliver high quality system walls. A unique partnership puts Knauf at the forefront of the timber frame construction revolution.

“In the future houses will no longer be built. They will be produced.” That is the evolution of the construction market as described by Markus Uhl, sales manager at Knauf Insulation.

This evolution – towards prefabricated and modular building systems – is being driven by a unique partnership within the Knauf Group between Knauf Gips and Knauf Insulation, resulting in a wall system that is primed for the future of timber frame construction and prefab.

The model gives specialist contractors, developers and architects a single point of contact to source quality timber frame walls from a trusted partner. It suits a market that is looking to expand urban capacity without increasing footprint – to build upwards – without complication or the need for large numbers of skilled workers.

Knauf Gips and Knauf Insulation come together in this common goal under the core values of the Knauf Group: humanity, partnership, commitment and entrepreneurial spirit. And each side retains its specialisms. For Knauf Gips that means drywall, plaster and facade (P&F), and floor. For Knauf Insulation, it is glass wool, rock wool, Heraklith® wood wool, sealing solutions and SUPAFIL® blowing wool insulation materials. The resulting system wall, which showcases so many Knauf technologies, plays directly into the growing trend for prefab and modular construction. Such is the success of the partnership a website has been developed specifically to trumpet the benefits of Knauf’s timber frame solutions, further highlighting the integration between the two companies.

This is the biggest advantage we have over our competitors. The benefit for a customer is getting all these products from one supplier, which has a proven system.

The partnership itself, bonded through those common values, is seamless, according to Uhl. “It’s an excellent cooperation between Knauf Insulation and Knauf Gips employees. They see themselves as Knauf timber frame system consultants, so it really has the feeling of a distinct company.”

Pooling drywall, P&F, floor and insulation is a unique proposition in the German market, and the single point of contact is a tempting draw for customers looking to simplify their procurement process and consolidate suppliers. The approach helps Knauf timber-frame solutions retain an advantage throughout the selection process, in which as many as 11,000 carpentry companies, a further 50 prefabrication companies and new giant modular manufacturing centers may be tendering for contracts. 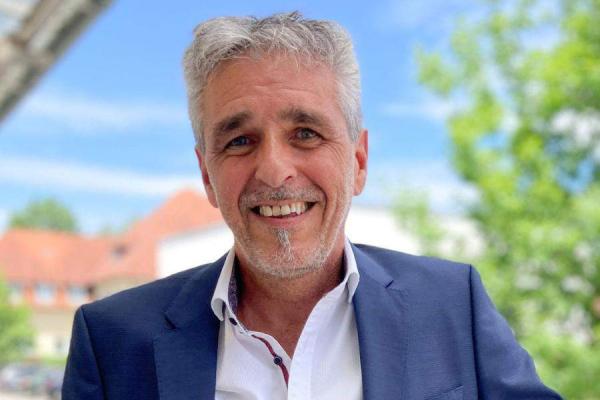 Timber frame is better for the environment

A central benefit of timber frame construction is the environmental benefit. As Uhl points out: “One cubic metre of timber can save one tonne of carbon dioxide.” Not only does the timber bind carbon dioxide, which plays a role in fighting climate change, but the construction process is markedly less carbon intensive than alternatives such as concrete, brick and steel. The emissions from timber frame construction are up to 14 times less than those from steel, which contributes to our sustainability strategy For A Better World.

The EU’s €10 million Build In Wood project aims to increase the use of wood construction in multiple family home buildings. Needless to say, Knauf is involved as a project partner. And there is political will to increase construction contracts using wood, with Hamburg increasing the height to which timber-framed buildings can be built to high-rise building boundary and other German big cities and states are also keen to promote innovative timber construction.

Knauf timber frame is meeting the trend in building upwards

For Knauf, the opportunities lie not only in new builds but the ability to reconstruct or extend older building stock to increase capacity in urban areas. Breathing new life into empty buildings and vertically extending commercial properties such as supermarkets presents opportunities to provide fresh housing stock without rewiring the character of neighbourhoods or expanding the existing architectural footprint. It’s thought that by building upwards, almost three million new flats could be delivered. 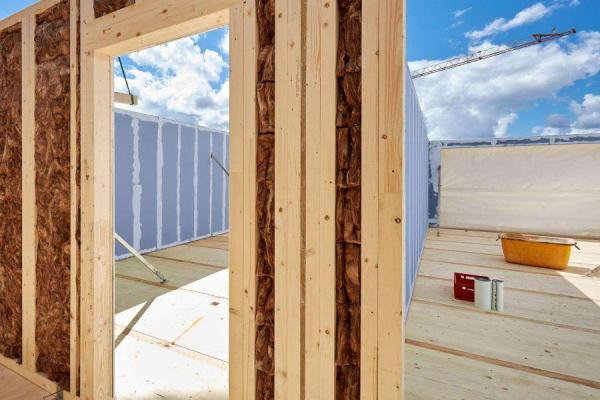 With so many Knauf products combined in a single system wall, it’s little surprise that this approach also improves insulation for the whole building. And because the prefabrication approach doesn’t demand traditional construction techniques, there’s a reduction in the need for skilled workers who are in short supply.

Most of all, the appeal of Knauf’s system wall is the single point of contact. “The customer used to have different suppliers for each segment, but now he can find all the components from Knauf,” says Uhl

That, Denk says, plays to Knauf’s reputation for quality and trust, and its ability to deliver materials at scale. “The sales team are themselves specialists in carpentry and can talk to customers in their own language,” Uhl adds. “It adds to our credibility in the industry.”

Just 10 years ago, prefabricated construction represented 15 per cent of buildings in the segment of one- and two-family houses, a figure that has risen to 23 per cent, almost one in four. Uhl predicts that in another decade that number could rise to 35-40 per cent. The movement towards prefab and modular construction for multi-family buildings in urban settings is likely to be stronger still.

Thanks in part to Knauf's partnership to build single-origin system walls for timber-frame construction, the company is primed to take a leading role in the future of building materials in Germany and beyond.